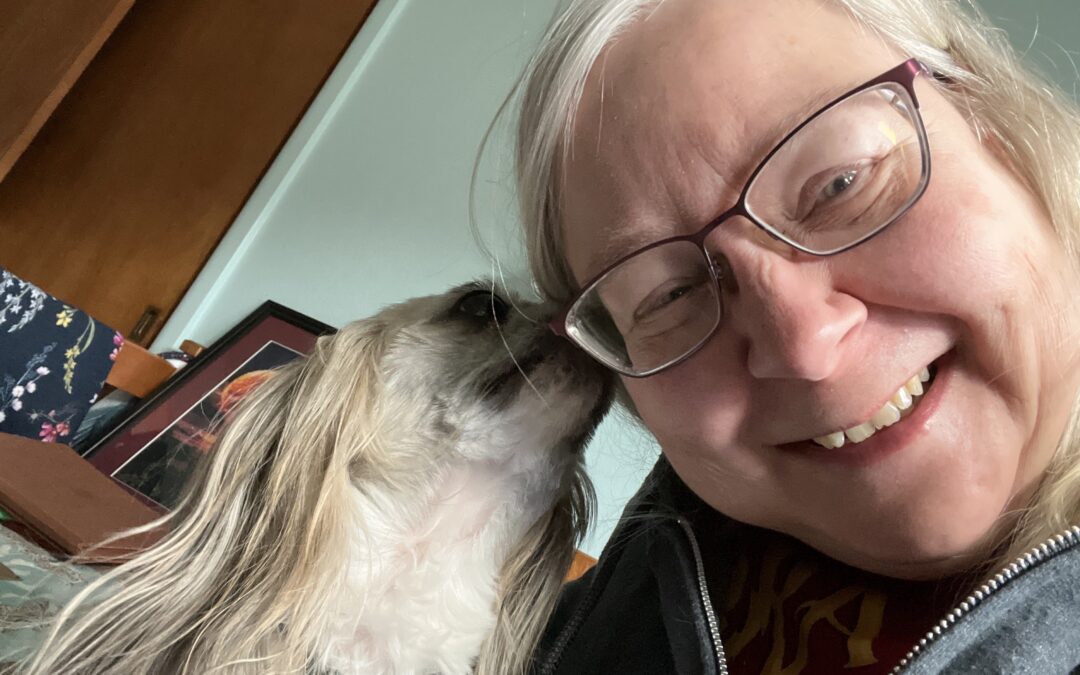 In a world filled with seemingly more people who make a lot of bad decisions, dumb mistakes, and fail a lot in public, I’m feeling pretty doggone good today …

Tuesday evening during a live zoom presentation about a part of Peoria’s history with an audience, I felt odd, like I was missing something before beginning to talk. As I continued I realized that “I” was not all there … My brain can organize historical details far far better than the top of my desk and any horizontal surface, as my husband will attest to.

However, I watched live as I talked my talk into a train wreck, though with dignity and without my face burning vicious shades of red and/or running away screaming into the night. I would have hated for everyone to call 911 for “that” crazy woman.

It mercifully ended. In a phone call afterward with the organizer, who is a friend, we didn’t talk about “it,” but I immediately thought of ways to make it better. Then I dropped into bed, physically and emotionally depleted and wondering if MY time was over just when I had figured IT out …

Later that night after a few hours sleep, I woke with a very clear mind of what had happened to ME and I wrote my friend an email of explanation AND a way to make amends …

>>”I realized just how exhausted I was overall and not as prepared as I should have been. And I struggled more than I thought to make the changes from suggestions you had, which were valuable, but my brain spinning on how to achieve a better balance. It was ME, not you … I overextended myself at this particular moment. Dang, I hate to admit I’m human … and I want to make amends.”<<

My solution? We’ll reshoot this presentation in the next week or so and upload it for a far better talk with all the illustrations and details I had originally planned but somehow could not organize in my head and onscreen Tuesday. It was just a really bad day …

And the world kept spinning, even with me holding onto a frayed string in spring’s vicious winds.

Wednesday morning, I awoke with a renewed energy, a much clearer mind and relieved that I had admitted I was sorry in the late night email to my personal and professional friend. Her response awaited me: “Thank you for your candor and all you do for us. Talk to you soon.”

I had an invigorating 9 a.m. talk with someone and then headed somewhere else for a 11:30 in-person presentation … only to arrive and discover I should have been there at 10:30. How had I confused the times?!?!?

I was ready to jump off one of our three local bridges over the Illinois River. Talking with one of the organizers, I apologized profusely and we determined it was a perfect storm of misunderstanding. We now have a new backup system of confirmation and I offered something else to again make amends, a solution that has been on my backburner of ideas for many years. It’s a win-win for both of us.

I still needed to regroup after this one-two punch of “failure.” A place to crash, to process … not looking over the river I had considering jumping into … or with a friend where I might babble aimlessly … but the history and genealogy section of the library to lose myself in old papers and books that have sustained me for so long.

After a half hour of searching, I returned something to the person on duty and the door opened. The gentleman and I look at each other and smile. He said, “Well, imagine that. I was on your presentation last night …”

I did not blush, I did not rush away.

I apologized for my “poor” performance and how I was going to redo the talk to post online in the next week or so. I said it was just one of those human moments.

He smiled and said it was okay and that he looked forward to it. We exchanged numbers because I’ve wanted to talk to him for several years but just never got around to it. We will now.

Yes, one of those human moments when nothing cleanses your soul faster than admitting you aren’t perfect, that you make mistakes, you forget things, you say the wrong thing.

People forgive you when you’re human and admit it. Second chances are not awarded very often with defiance or arrogance or a holier-than-thou attitude. In that moment, I prayed that more of our leaders and bosses would simply admit they made a mistake and learned something from it. They need a kick in the ass.

In this moment, I discovered that more people than you can imagine will forgive you when you make a mistake, when you acknowledge your shortcomings … and learn from them …

Like a puppy who loves you unconditionally. (P.S. It’s okay, you don’t have to lick my face …)

← The need to write your lyrics … before your song ends What's the speed limit for your guardian angels? →