All the ways you can connect with a dead ancestor 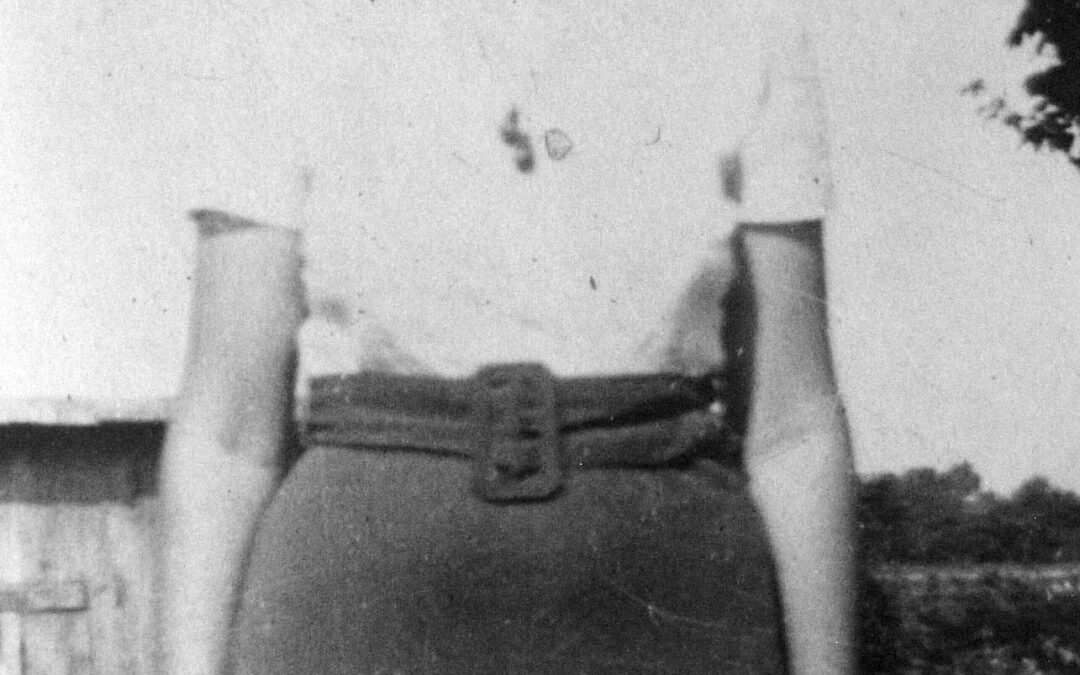 I often flip through Mom’s small desk calendar, and this week noted one of her annual dates to remember, the passing of her mother in 1944, when Mom was a month shy of her fifth birthday.

More than a quarter century ago, I became fascinated, actually obsessed, with this woman who died tragically 14 years before I was born, a figure who would influence my life more than I could imagine.

My maternal grandmother, Dorthy (no extra o), rests across the gravel road from James Dean, Hollywood’s rebel poster boy, in a quiet central Indiana town, where nearby fields have fed generations of families. I had visited her grave as a child with Mom, the annual placing of flowers “on Mother’s grave,” but my 36-year-old eyes saw something new during this 1992 journey. Something riveted me as I stood beside my mother, who had lost this woman so young.

However, no ghosts floated overhead, no voices carried on the February wind … at least any that I saw or heard.

What I realized in that instant was that the woman buried here was part of me, filtered through my mother. This woman was gone, yet she wasn’t. I stood as a reminder of her legacy.

Born at that moment were all the questions: What was she like? Did she have a sense of humor? Was she brave? Did she speak her mind? Was she creative? Did she sing? What was her voice like?

Mom did not have those answers. All she had of her mother was a brown fabric purse with wood clasps and the sparse contents, including a handful of photos, half of them posed snapshots and the other half of the final images of the woman in her casket.

Hoping I was not bordering on morbid fascination, I studied the photographs of my grandmother, both living and dead. I focused on the small smile and the eyes emerging from the black and white images of her standing alone. Then I closed my eyes and tried to imagine the color of hers, eager to bring her into a three-dimensional world as if I were creating an old home movie.

I read her obituary countless times, its succinct summary of a lifetime in less than six inches. However, it did not tell the whole story. My reporter instinct told me there had to be more, and I began my personal investigation.

All it took was an appetite for a family reunion, where I talked to my grandmother’s surviving siblings that summer, prompting conversations that stirred sweet and sad memories of a woman frozen in time.

Dorthy. The second of 14 children who eloped at age 15. The woman who loved to keep house, to cook, to nurture. The laundress who made sure her daughters’ dresses were ironed and hanging neatly in the closet. The figure who was not too talkative, yet was very sociable and had many friends. The strong character that allowed her to be outspoken when necessary. The soft-hearted woman, the good person.

And she had green eyes.

She was no longer shrouded by the tombstone I had visited out of respect as a child. Dorthy had come alive if nowhere else but in my imagination. It was her image that pulled my fingers to the keyboard to create a story of mothers and daughters. I discovered many truths during the countless hours of creative passion. In a world that has become increasingly complex, demanding, and society-focused, I believed we all search for the roots of our individual being, consciously or not.

I discovered that family trees offer nice branches to climb in a rush, but don’t we sometimes desire to know more about these women, the mothers whose strength formed the trunk? What defined their hearts and their souls? What made them laugh and cry? What forces had them perched on that tightrope between sacrifice and selfishness? What gave them strength? What could destroy them? When we search for those answers, we also discover more about ourselves.

She and all the women who preceded and followed her inspired this novel … an emotional, physical and spiritual roller coaster, one of the most invigorating rides of my life … terrifying, yet satisfying.

In that exercise, I understood the strengths and weaknesses I had heralded and hidden all my life. I wonder how my grandmother and I would have gotten along. Then again, if she had lived, would I be here? My mother’s life would have certainly been different.

Do I have my grandmother’s domestic skills? Definitely not! However, I do have her green eyes. Maybe she gave me those to see the world and describe what I see here, what she could not stay long enough to savor for herself.

One of my first thoughts as Mom lay dying of lung cancer was that she’d finally be reunited with her mother after 74 years. I asked my grandmother to be with her and care for her once again as Mom had longed for all her life.

And I fulfilled one of Mom’s wishes for me to scatter some of her ashes at her mother’s grave … some sprinkled on the grass, and some in a small hole I dug a few inches below the surface and covered to keep close.

Now, that’s a priceless family heirloom, a story worth retelling. Maybe it’s time to dust off that novel and give it and me new life ….

So, what’s your story? Drop me a line at monicavestwheeler@gmail.com or leave a comment. I’d love to speak to your group, organization or company about working our way through the pain and challenges of everyday life. You want straight talk? You got me!

Driven to find help for my creative shit list
How one man's courage gave me a new family
Monica, third from right, with her bonus siblings and mom, Brad, Susan, Diane, Brenda and Curt. ...
The beauty of imperfection