Mothering ain’t easy for everyone 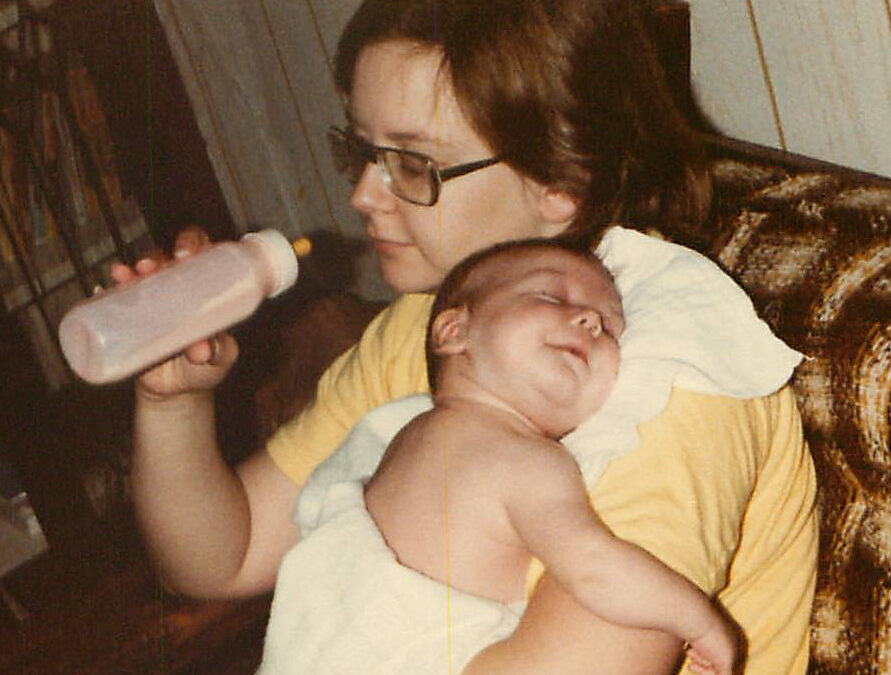 Mothering never came easy to me. It doesn’t to all women, despite stereotypes to the contrary. And to this day, I have no idea how I’ve survived nearly four decades of the role. Or more important, how my one and only child survived my on-the-job training.

While my mom was a wonderful mom to me, she wasn’t the one who taught me the everyday duties of mothering my own. It was my mom-in-law, Janice, and later, my bonus mom, Diane, when Dad remarried. Mom was here for the overdue C-section and could only stay a day after her only grandchild’s birth because of work responsibilities back home in Indiana. I understood that and was grateful I had her for the days leading up to my baby’s birth, when I needed more courage for the upcoming knowns and unknowns.

Plus, I was in the hospital for a week back in the old days of 1982 … and my stay extended by another day after I passed out in the shower and hit the tile floor hard. After the fall and waking up, I found the dangling string to ring for help. And these were the old days, too, when baby could stay in the hospital as long as the mom, who wasn’t healing well from the C-section … even though my son was way overdue, extremely healthy at nine and a half pounds and scored perfect Apgar numbers.

Was he wet? I didn’t smell number 2. I discovered that his diaper was so wet that it felt dry, yet weighed a ton when I removed it. My little pee machine was on full duty, and me, the guard, may have slept during this portion of the Lamaze class on changing diapers. Of course, those were dolls with no moving parts. This live one had something I was totally unprepared for, and the posterboard with photos of my cat on the wall above the changing table would soon be the target of many surprise attacks until after a week of learning that you never leave “it” uncovered.

And then there were the nights and days when I cried, feeling so inadequate. My mom-in-law and later my soon-to-be bonus mom came over from Indiana and they made it look so easy. My mom only had one child, me. My mom-in-law had five children, and my bonus mom had four kids. Both had mothered numerous others, and now were enjoying being a grandma. And me? I wasn’t that crazy about kids, but Roger and I had made the mutual decision to have a child … after a session with a counselor to see if we had thought it all out. I was an only child, and he was the oldest of five. I was 24 when my one and only was born. Old, old, old …

And now I almost feel really old, old, old as my baby turns 40 next month. Yet, he makes me feel young at heart. There won’t be any grandchildren, but I understand the choices he and my daughter-in-law have made. I remain grateful that my son and I are extremely close and that we understand each other at such a deep level … as we are both deep thinkers, which is good and bad.

We’ve also learned that each of us … and every human being … is wired differently. We’ll be fabulous at some things and suck at others. We are not perfect and make plenty of mistakes. Some are cold-hearted and cruel and many others have never-ending depths of compassion. Many have common sense and others seem to have to missed that element during factory installation.

Being one thing does not define you as a human being. Yeah, I’m a mom, a daughter, wife, friend, etc., but I’m also a writer, a photographer, a speaker, a person determined to heal as many hearts and minds as God will give me access to … to persuade people to think for themselves … not to follow the crowd that may lead them off a cliff … to grab as many gifts you’ve been given and to put them to use for the betterment of the world … of humankind.

And to look at my son with loving eyes and continue to say, “Hey, get your shit together!” Aww, yes, mothering can be a wonderful thing …

← Be honest: who and what do you pray for? Campers shower each other with patience and laughter →

Speaking the truth, the whole truth and nothing but the truth
What's the speed limit for your guardian angels?
The calendars we keep … paper, digital, pure memory