Your choice: Either step into or out of a family 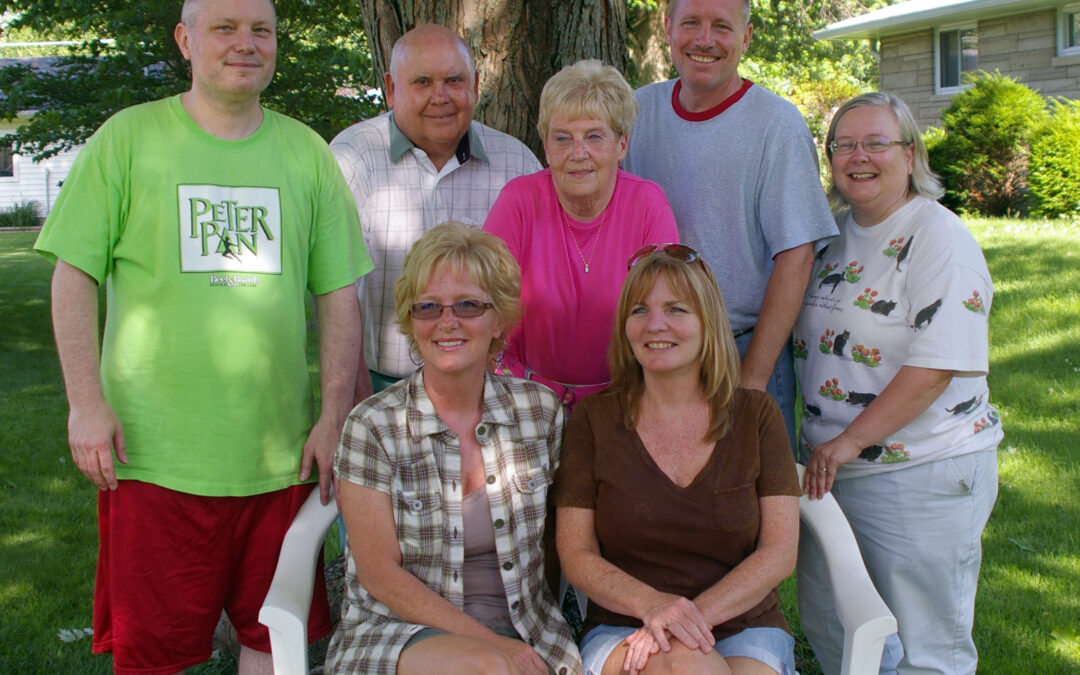 In the group photo, I’m the short one on the right … but I’ve never been shortchanged or left out.

Seems like yesterday when we captured this official family photo 11 years ago on Father’s Day weekend, the month with many family birthdays … well, at least Dad, me, my son and my dad-in-law who had accompanied us this time. I learned to love and appreciate these gatherings because they became priceless life chapters.

Fairy tales are filled with horror stories of evil step-mothers. Cinderella’s was enough to terrify me as a child. No step-mother for me! Yet, as a kid and teen, I was grown up enough to know my parents didn’t have a fairy tale marriage.

I never heard or witnessed their disagreements, but there was a divide in the household as obvious as the twin beds and nightstand between them. I think I asked Mom one day why they had separate beds, and she said it was because Dad moved his feet too much during the night. I believed it! I knew right then I’d probably never share a bed because my nervous legs sometimes bounced as I calmed myself to sleep at night.

In my developing brain, I knew my parents would divorce someday. I just didn’t expect them to announce it the weekend Roger and I drove to Indiana in late fall 1981 to tell them we were expecting a baby. I cried much of the longest 48 hours of my life listening to separate conversations, Mom explaining her side with little emotion, and Dad saying everything nasty he could say about her. I’ll never forget Roger standing up to Dad, “Stop it! You’re upsetting her! She’s still early in this pregnancy.”

Talk about two hurting people. Them. Not me. One I got through the hormonal breakdown, I was relieved. Roger and I quickly adjusted to going to three households for Christmas instead of two, his folks and mine. January 7, 1982, officially marked the end of their 24-year marriage. I didn’t get involved in the legal or court stuff. Wasn’t my place. My place was getting to know my parents all over again … as solo acts.

A couple months later, Dad told me he had met a nice lady. She was also divorced with four kids. Oh my! Though I know she was nervous, Diane was so nice to me, and it wasn’t fakey. She and Dad drove over to meet his first grandchild in June 1982, and she knew how to handle a baby, which helped me feel at ease with this new role of parenting.

I also discovered that Dad was in love, and how could I deny him that happiness after a lifetime without real love. When they married on Christmas Eve 1983, I found myself with a new step-mom … but she was just Diane who welcomed me with love and the full knowledge that she could never take the place of my mother.

Over the years, I got to know my new siblings and their growing families better. We set our own pace when opportunities came along. But I had trouble introducing Diane as my “step-mom.” It just didn’t fit. She was actually my bonus mom. And her kids became my bonus brothers and sisters. That’s how I describe them with great love and affection.

That bond was sealed forever when I stepped into the hospital waiting room on Thursday, December 15, 2016, where all of them wrapped around me like a cocoon. I had driven non-stop after Diane called that morning that something happened to Dad. My bonus brother and I talked mid-way, and I told him to be honest with me: massive brain bleed.

As we kept vigil at Dad’s bedside until he quietly passed Friday evening, December 16, there was no “his family” and “her family.” It was “our family.” There were no “steps” … only the steps we had taken to walk together.

Many blended families don’t know how to gel, and that’s why there is so much animosity and distrust. Selfishness, jealousy, greed, plain old meanness doom relationships before they have any chance to take root, let alone be planted. Yes, there are second, third or more marriages based on lies and pure evil, or one partner’s naive entrance into the relationship.

I chose to look at Bill Vest as more than my dad … a living, breathing human being who just wanted to love and be loved. And I am so much better for it. He gave himself an amazing new life when he met and married Diane … but I’ll be a bit selfish here when I say that I benefited as much, if not more.

I got a bonus family that allowed me to step into a new and better understanding of myself and life. As many of us gathered Sunday for the holidays, I better understood that the true miracle of life is what we give … and moreso, what we allow others to give to us … unconditional love.

You can’t buy that. You can only give it …

← History, herstory, who cares!?!? Just learn it! Dear dear friend, thank you for needing me →

The ultimate key to successful relationships

When we cram more living into life